The inspiring story of five women striving to make a difference in Gaza under siege.

As the crippling blockade of Gaza by Israel and Egypt continues, poverty levels continue to rise in the territory, a narrow strip of land along the eastern Mediterranean coast.

Gaza is home to more than 1.5 million Palestinians, half of them under the age of 15. Unemployment stands at 52 percent, according to the World Bank. Gazans face poor water and sanitation conditions and overstretched hospitals, among other adversities, according to the Palestinian Center for Human Rights.

This film follows five strong-willed women who are doing their utmost to make a difference in Gaza in different walks of life – medicine, social work, photojournalism, music and local government. Despite the socio-economic conditions in Gaza, the five of them work to make life better for their families and communities.

Filmmaker Mariam Shahin tells Al Jazeera: “Nour, Mona, Itimad, Haifa and Heba represent a new generation of Palestinian women in the Gaza Strip who have freed themselves psychologically of restrictions that society placed on them.”

She says that they defy stereotypes of women in the Arab world and have carried out a “quiet revolution” by using their work and activities to follow their chosen paths.

“They have also chosen to carry men with them rather than stand against them, in an effort to reform their society without causing major upheaval,” Shahin adds.

Nour Halaby is a photographer who has documented the experiences of many Palestinians, including some of the women in this film. Itimad Al Tarshawi is a local politician used to work in the Ministry of Social Affairs but has now moved to the Ministry of Labour. Haifa Farajallah is a singer trying to make her way in the creative sector as well as being a young divorcee. Dr Mona Kiskin is a neurosurgeon at Al Shifa Hospital who is also a mother of three. Heba Mahmoud Abu Shalouf was badly injured in an Israeli attack but married, has two children and trained to be a trauma therapist.

“Seven years ago, people looked down on injured and disabled people. People said that girls with injuries should just stay at home and do nothing. Now things have changed. Every home has someone injured or disabled. Children with disabilities weren’t allowed into regular schools. They were kept at home. This has now changed. Schools, organisations, and universities now admit disabled people,” Shalouf tells.

Four years after the original filming of The New Women of Gaza, filmmaker Mariam Shahin returned to see how these five women in Gaza were coping with the continued blockade. This film reflects the changes in their lives since and the work they have done to improve the lives of others in Gaza.

“It is great to be able to enter the world of others with the camera and document their lives. It is even greater to be able to capture the changes that take place after the initial film is finished,” Shahin explains.

“Returning to the women we documented in 2015 gave them a sense of comfort and the knowledge that we did not ‘steal’ their stories but continue to be interested in allowing their voices to be heard and their continued struggles not to be forgotten.” 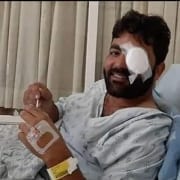 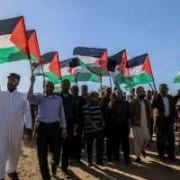 They shot to kill’: residents of West Bank village in shock after Israeli...