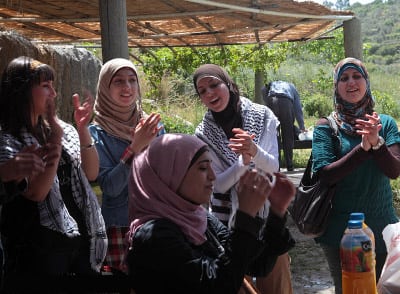 Women and children are particularly vulnerable in times of war and blockade. Since 2007, Israel and Egypt have imposed a land, air and sea blockade of the Gaza Strip. They control all borders and the movement of people and goods authorized to enter and leave the band. On this small piece of land, how do women manage to live their lives in such terrible conditions?

In 2015, more than 8% of Gazan households were headed by women. According to the Office for the Coordination of Humanitarian Affairs (OCHA), nearly 800 women have been widowed as a result of the Israeli terror of 2014. Nearly 24,000 girls and 23,000 women are still displaced as a result of the destruction or damage to their homes. their homes during hostilities. They were forced into temporary accommodation in foster homes, rented apartments, prefabricated units, tents and makeshift shelters and, for some, in the rubble of their old homes. These precarious dwellings pose a series of protection problems.

According to the latest figures, more than 70% of households receive running water only 6 to 8 hours every few days, while the entire population suffers from planned power cuts of 12 to 14 hours a day , as Israeli bombs destroyed power plants. This decline in basic services has undermined the ability of most women and girls to engage in income-generating activities or to have time for their own needs. This is also linked to the traditional division of labor in Palestinian society, where women and girls bear primary responsibility for the operation and maintenance of the home, which now takes longer.

Gazan cuisine is similar to the culinary styles adopted by the rest of the Levant countries and is strongly influenced by the Mediterranean coast. Gaza had a large fishing industry, with fish being the staple food for most people in the region. And women and girls are highly skilled in fish-based preparations. One of the popular dishes was a grilled fish stuffed with coriander, garlic, red pepper and cumin and marinated in a mixture of coriander, red pepper, caraway and lemons. This is now history for most people since 2014, the Israeli Navy has attacked fishermen more than 300 times. Over the last two years, the Israeli Navy has killed 9 fishermen and has arrested 422. According to the Oslo Accords the fishing limit from the coast should be 20 nautical miles, but Palestinian fishermen can at most fishing 3 nautical miles from the beach, where the fish are too small and insufficient to feed a family.

Education is supposed to create a starting point for paid jobs, but not in a Gaza blockaded and bombed. While both sexes attend schools and universities, years of underfunding have overburdened and amputated the education system in Gaza, with nearly 95% of schools operating in dual rotation, with a morning class and one of afternoon. The United Nations Relief and Works Agency for Palestine Refugees (UNRWA) has launched a campaign for healthy lifestyles in Gaza schools, aimed at educating educational staff, students , refugee and other communities to promote a healthy school environment.

Most employed women are concentrated in two economic sectors. According to the Palestine Office of UN Women, 76% of Palestinian women in Gaza work in services and only 17.5% in agriculture. The unemployment rate is highest among women: 82.6% of women aged 15-29, 74% of single women, 63.6% of married women, compared to 37.4% of men (OCHA). Many educated mothers are more or less alone because they are active in local politics and looking for jobs, while caring for their children, while their husbands enter and leave Israeli prisons. 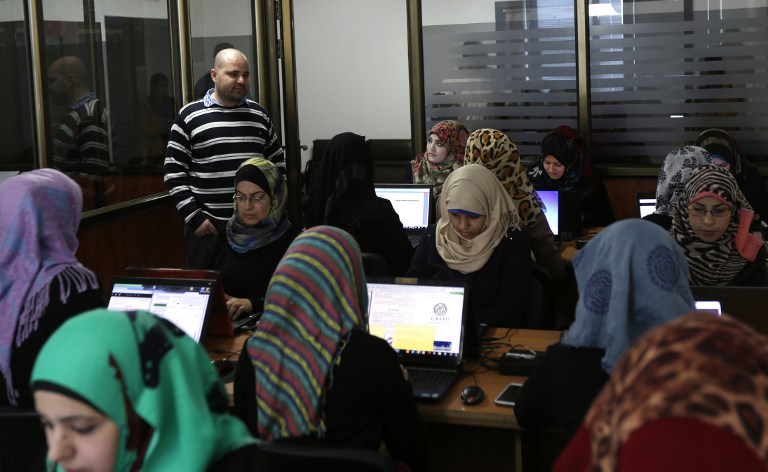 Some women are trying to create their own jobs. One such initiative is “6 Fleurs”, which was created in 2014. Instead of giving their work, some women started to make and sell traditional Gazanese embroidery. After a successful exhibition, they sent some of their work to Qatar and had recipes. But when they wanted to send their work to other countries, Israel stopped them – another way for Israel to prevent Palestinians in Gaza from flourishing.

Women are the real invisible heroines of Gaza.