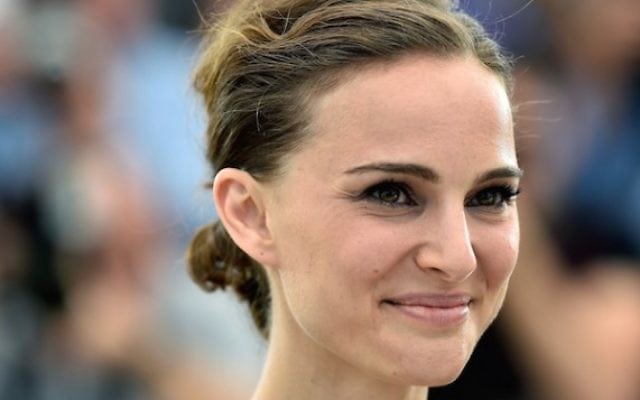 Hollywood star says she is not boycotting Israel, but she will not accept the “Jewish Nobel” to not be seen as endorsing the prime minister

Prime Minister Benjamin Netanyahu’s Likud party on Saturday called the actress Natalie Portman “hypocritical” after she made it clear that she refused to come to Israel to accept a prestigious award known as the “Jewish Nobel Prize”. because she did not want her presence to be seen as a support for Netanyahu, who was to speak at the ceremony.

“What hypocrisy! Natalie Portman talks about democracy, but she supported the V15 organization that attempted, thanks to funding from a foreign government, to sabotage democratic elections in Israel, “said Likud, referring to a group funded by United States who ostensibly tried to overthrow Netanyahu in the 2015 national elections.

Portman would have made a video for V15 – in response to a “Chuck Norris Made for the Likud” video – but it was never released. The State Comptroller has cleared the V15 organization of any inappropriate political interference in the 2015 election, of which he was accused by Likud.

“Portman speaks about human rights, but participates in festivals in countries that censor films and have a record of human rights records far below Israel’s,” Likud added. in the details.

“No excuse will be able to serve. Portman simply refuses to accept the choice of the people of Israel, “said Likud.

Portman, born in Jerusalem, was to receive the Genesis Award in Israel in June and said in a statement Friday night that her reasons for refusing to participate in the ceremony had been “misinterpreted” by some.

“Let me speak on my behalf. I chose not to attend because I did not want to appear to approve of Benjamin Netanyahu, who was scheduled to speak at the ceremony, “she wrote.

“Like many Israelis and Jews around the world, I can criticize the leaders of Israel without boycotting the entire nation. I love my Israeli friends and family, Israeli food, books, art, movies and dance. ”

The news of Portman’s decision not to attend the event angered some members of the Israeli political class on Friday.

This was due to the fact that on Thursday Portman, through a representative, told the Genesis Prize Foundation that she felt a “deep distress” at attending the ceremony and that she would not feel comfortable participating in public events in Israel.

To further justify his position, Portman said in his Friday statement: “Israel was created exactly 70 years ago as a refuge for Holocaust refugees. But the mistreatment of those who suffer today’s atrocities simply does not fit with my Jewish values. Because I care about Israel, I have to fight against violence, corruption, inequality and abuse of power.

She added that she intended to “privately support a number of charitable organizations in Israel,” which she will soon announce.

She asked not to “give me comments that did not come directly from me”.

The statements of the actress did not specify what events specifically caused her distress.
They could refer to the Israeli government’s controversial efforts to deport tens of thousands of African asylum-seekers to African third countries where their safety may not be guaranteed.

Much of the American Jewish community has disagreed with the right-wing Israeli government in recent years over Israel’s position on the Israeli-Palestinian conflict, its support for ultra-Orthodox Jews on issues of identity and religious practices, and his position on African migrants.

An Israeli minister wrote to Portman Friday after his decision not to come to Israel to receive the award, telling the Hollywood-born Hollywood star that she had been deceived by Hamas propaganda and urging her to come see the truth on the spot.

Portman initially accepted the $ 2 million prize at a ceremony scheduled for June.

But on Thursday, the foundation said it had been informed by the Portman representative that “recent events in Israel have been extremely painful for her and she does not feel comfortable participating in public events in Israel. Israel “and that” she can not in good conscience participate in the ceremony “.

Portman will no longer be able to choose the recipient of its $ 2 million prize. On the contrary, it is the Genesis Prize Foundation that will decide where the money goes.

“It seems that the events you are referring to are those that took place on our border with Gaza,” Strategic Affairs and Public Security Minister Gilad Erdan wrote in Portman.

“Unfortunately, it seems that you have been influenced by the campaign of media misinformation and lies about Gaza orchestrated by the Hamas terrorist group,” he said, inviting him to visit the border, his communities and Israeli soldiers guarding it.

His invitation came the day of other clashes when some 3,000 Palestinians protested along the Gaza border with Israel, burning tires and flying fiery kites on the other side of the border to set fire to the fields. Israelis, said witnesses and the army. Soldiers responded with tear gas and live fire, killing four Palestinians, including a 15-year-old, according to the Hamas-run Ministry of Health.

“It is not surprising that you have seen media reports that have distorted the truth and portrayed the recent peaceful demonstrations on the border between Israel and Gaza, and Israel’s response as disproportionate,” wrote Erdan. “It is precisely this story that Hamas was hoping to portray when it organized the protests. Unfortunately, it seems that this story designed by Hamas has had an impact on your decision. ”

Erdan said the truth was that Hamas was using “protests as cover to carry out armed terrorist attacks”.

Erdan urged Portman to come see the situation for herself, warning that the BDS (Boycott, Divestment and Sanctions) campaign was “taking advantage” of her attitude.

Earlier, Minister of Culture Miri Regev had criticized Portman, saying she had “fallen into the hands” of the BDS campaign to isolate the Jewish state.

Regev said she was sorry that Portman had “fallen like a ripe fruit into the hands of BDS supporters”.

She added, “Natalie, a Jewish actress born in Israel, joins those who tell the story of the success and wonderful rebirth of Israel as a dark story.”

Calling Interior Minister Aryeh Deri to cancel Israeli citizenship in Portman, MP Likud Oren Hazan described her as “an Israeli Jew who, on the one hand, cynically uses her origins to advance her career and who, d on the other hand, prides itself on having avoided being enlisted in the Israeli army “.

An Unknown Chemical Weapon Against The People Of Gaza

In Gaza, The Strategy Of The Israeli Army Implicated By The Large Number Of...
Scroll to top