Tales from Gaza: What is life really like in ‘the world’s largest outdoor prison’?
With its sandy beaches and sumptuous seafood, it could be a holiday resort. But life in Gaza, post-Israeli sanctions and with 50 per cent unemployment, has never been more difficult.

The girl woke up early in the morning, got up from her bed to wear her planned school uniform in white and green, and wrapped her hair in a ponytail on her back and went to her UNRWA school in the Bab al-Magharba neighborhood of Silwan, south of the Al-Aqsa Mosque.

organized with her colleagues in the morning queue and then proceeded to reveal her fears of the recent decision of the Israeli mayor Nir Barakat to close all UNRWA schools in Jerusalem at the end of the current academic year.

She looked coherent when she knew about herself and said she was currently studying in seventh grade and joined this school in the first grade. But the hushja soon appeared in her voice when she talked about her feelings about the school. “Here is my home and my second family, It is our right to learn in the place we have chosen. ”

“I have learned to read and write and do not belong anywhere else,” Nur said. “The option to attend a municipal school was available, but my parents, as well as my school enrollment, are affiliated with the agency, and I will try to stay there. “sHe said.

The three students, together with 50 other students in this school, are studying from the first to the ninth grades and are now threatened with closure, as well as six UNRWA schools in the occupied city, with some 1,800 students studying.

According to the statement issued by the municipality of the occupation, Barakat plans to build municipal schools to accommodate these students, especially those who are educated in UNRWA schools in the Shuafat refugee camp, claiming that it is the only camp in the West Bank that is within the municipal jurisdiction.

There are three UNRWA schools in the camp, two for females and one for males, with a total of 850 students.

We left the Maghrabi neighborhood school in Silwan and went to the UNRWA clinic near Bab al-Sahera in the Old City of Jerusalem. The mayor’s plan is aimed at all the agency’s institutions in the city, and aims to liquidate it and stop its work.

We met with Halima Za’atara (70 years old) with the identity of the West Bank. She was forced to cross military checkpoints to receive free treatment at the Agency’s clinic.

“If I shut down this medical facility, thousands of Palestinians will depend on it for disaster,” Halima said. “I brought my children from a very young age to treatment here and receive vaccinations. 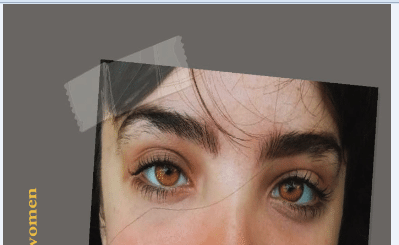 I received a gift from Palestine today. My friend Yassmin Ben has published her book “Through the eyes of a women”. Yasmin works for SOS Gaza Children organization and is also continuing her education She is an amazing person and her book is a very well written and informative. A bit if insight into the struggles of women because of the occupation. Especially when the struggle hits home and communities. A man without a job, a home, a family, the stress and struggle through the eyes of its women. If you wish to buy it the link is here:

My friends: For those that do not understand the situation. Palestinians can not leave. They are trapped. With 2% clean drinking water, 4 hrs a day electricity and Israel constantly stealing their land. Destroying their homes, farms, schools and cultural buildings we are witnessing something out of a Ww2 history book. A genocide. Please take a stand, educate yourself and if it all possible contribute in any way possible to help. With America’s latest cuts to Palestine it is unacceptable. Most of the population is unemployed and can not work due to Israel’s checkpoints and constant terrorizing of its people and the murdering of its children.

If anyone is wondering why I am so passionate about Palestine. Well. It’s the human thing to do but here in Canada we were taught about the holocaust and to be sympathetic to Jews. Fuck that. School taught me the words “Never Again”. Never again is what isn’t happening and the UN and neighbouring countries do nothing. Partially because of the USA letting Israel get away with Genocide. That’s all for now.